Menopausal Symptoms in Overweight and Obese Middle Aged Women: A Community Based Study

Methods
This descriptive cross-sectional study was conducted at Gokarneswore Municipality in Kathmandu district, from June to December, 2021. Women in the age group of 40-60 years were interviewed regarding the frequency and severity of menopausal symptoms using MRS. The collected data were entered and analyzed in SPSS 25.

This work is licensed under a Creative Commons Attribution-NonCommercial 4.0 International License. 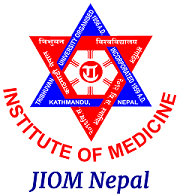